Starve the Beast and Watch it Eat Itself

The following piece appeared in Addicting Info by Don Hamel (link here). I took some editing liberties in my reprint. The first point is relevant, there is a big hoo-hah about whether we are a democracy or a republic (note the root words for our two party system – they’d both like to be the driving value that is considered to be ultimately American). The truth is that we are a constitutionally limited democratic republic.

This term “constitutionally limited democratic republic” means that #1 the Constitution is our founding document and authority, #2 we have a representative government – each individual citizens does not vote on each piece of legislation, so we elect people to act on our behalf, and #3 those representatives are supposed to be elected democratically – by the people for the people.

I agree with the author that the heart of our nation lies in democratic ideology. Indeed many of the current movements – Move to Amend, Occupy, Transition Towns, even many Tea Partiers are all about increasing citizen empowerment – they’re about democracy. The Citizens United ruling that granted corporate personhood is the backdoor that allows a corporation to pretend like they are also a citizen that is looking for some individual empowerment and wants to take liberties (and oh boy do they!).

I know some readers love to point out the disadvantages of having government involved in our daily lives, my question is, would you rather it be replaced with an entity just as large – or larger – but with a mission statement that clearly does not have the best interest of humans in mind. This question is especially poignant in the case of that entity providing human services. Also my question is: does their ideology make them comfortable with watching people suffer and die as a result of losing those human services if the “beast” really could be drowned in the proverbial bathtub?

My value system does not allow me to be comfortable at all with our status quo. My ideology and value system is outraged at every life taken by military force whether it is through direct targeting, “friendly fire”, or the poison that is put into the earth and slowly kills those around it. My values are insulted at every belch of toxic waste onto this beautiful planet. My conscience screams out as cyclical poverty leads to ignorant, desperate people, who hurt each other in their struggle for survival. My religious upbringing tells me to love my neighbor, feed my people, and to give and forgive. My spiritual being feels sucker punched when I see our prison industrial complex, our military industrial complex, and all of our our fear based industrial complexes. I am deeply disturbed at how our collective greed and laziness have allowed disposable gadgets to outweigh the value of the human being – depending on what socio-economic benefit can be rendered from them.

That’s why I can’t stay silent about the injustices happening to me and my fellow humans. What follows is Don Hamel’s piece; here’s what he has to say about it: END_OF_DOCUMENT_TOKEN_TO_BE_REPLACED

The Economics of America 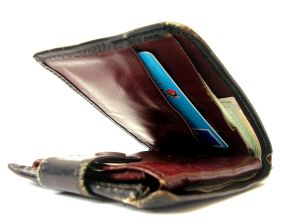 Economics are weighing on the minds of Americans. Most of us are too ignorant to exactly follow all of the policies put in place – I know when I read articles about it I end up having to look up a lot of background info and history. As mentioned yesterday, the spectrum of economics goes from “sharer” to “hoarder” (in uncivilized commonspeech you will see this as “commie” to “fascist pig”) – once again, most of us are in favor of an America that is exclusively neither.

The honorable values behind a sharing mentality are compassion, opportunity, and common humanity; the honorable values behind a capitalist mentality are determination, ingenuity, and personal financial responsibility. Most American hold all of these honorable values up high. Balancing these values would mean finding THE perfect system of economics for the US; we’ve already decided that pure ideological theories don’t work for us. It is apparent now that those with expertise in economics are not leading or influencing our governance in a way that is working for 99% of us; it’s time for We the People to put our thinking caps on and try to understand the debate so that we can participate accordingly.