United We Stand Up to Democracy’s Bullies

George Lakoff once offered this metaphor for understanding conservatives and progressives: Conservatives think like Strict Fathers (SF), Progressives think like Nurturant Parents (NP). A Strict Father is (obviously) male and the authority figure who can tell right from wrong. A Strict Father governs by himself, as he sees fit, if something goes wrong, he exacts a harsh punishment. A Nurturant Parent is gender neutral that understands the world in shades of grey. Nurturant Parents work together, even with those that they govern, to find a solution that seems best for all. If something goes wrong, a Nurturant Parent tries to find out what happened, come up with a just consequence, but the punitive measures are checked in favor of positive motivation. These metaphors and ideologies can apply to an actual family, but the intention is to apply the metaphor to nations and look at them as a family.

Sara Robinson of Alternet has written a great piece on how our nation/family is doing lately using these metaphors. Here’s her take on the real contract Americans have made with each other:

Seen this way, “America” is the family name for the 310 million of us bonded together in a covenant that’s very much like the commitment that forms a family. We have come together to build our common wealth, create opportunities for each other that will secure our shared future, raise our children, care for our elderly, protect our assets, look after each other in sickness and in health, and wisely tend our national house and manage our gathered resources so we can hand the increase proudly off to the next generation.

Our founding documents – the Declaration of Independence and the Constitution – are the structures that bind our commitment into law. Our unofficial motto is “United We Stand, Divided We Fall”. Like sibling/citizens, we may bicker, but for the most part, we wish prosperity and happiness to our fellow Americans and support the systems that make that possible.

What happens though when a small part of the population no longer recognizes the covenant agreed upon by their predecessors – it is the covenant, the contract by which all Americans are either born into or embrace before becoming a citizen. Robinson describes this in terms of the family metaphor:

…there’s another group that has entirely checked out on us, and turned ugly and abusive. The conservative minority is acting like Lakoff’s canonical Strict Father scorned: When the family rejects his leadership and his attempts at authoritarian control, he sinks into a punitive, bullying rage, lashing out at the rest of us for what he’s come to believe is irredeemable broken faith because we won’t let him be the boss. By his behavior, he is telling us in no uncertain terms that he wants a scorched-earth divorce — the kind that leaves the rest of us broke, ruined, miserable, and utterly at his mercy.  He has gone so far as to hire batteries of lawyers and lobbyists to accomplish this, and is taking a bully’s evident glee in his success.

I asked a Republican operative recently how far he would take the “States-ism” idea, and did he even want to be in the same country with the rest of us. I wondered if he thought 50 separate countries was a better idea. He responded that he needed the other states taxes to have a superior military in the world. I summed it up by saying that he only wanted to use the other states for their money, and was shocked when he didn’t really disagree.

Robinson talks about a marriage in her piece. When a couple goes into marriage counseling, it can be apparent from the start whether they are heading to a reconciliation or divorce. The determining factor hinges on how much the couple still has their original dream, the spark, and the trust that even if things get convoluted along the way, there is still hope to work things out in a viable way. If the trust is totally gone, the dream is totally dead, too much pain has been inflicted, and there is no chance of a rekindling of love, then the contract is already broken and the divorce is a formality.

As a Nation, we must take a hard look at that idea, is our contract too broken? Are we so much at odds with each other that we are ready to scrap this experiment in democracy and throw our hands up in the air? I don’t think so, at least not on my watch.

Most Americans want to keep our union intact. We are willing to agree to disagree about many details, while keeping our foundational documents intact. We like California and Alaska, Iowa and Vermont. We like our diversity, our quirkiness, our vast and varied geography. We like driving from state to state without much ado and being able to visit Alberquerque to see an old friend – without a passport. We like that being American is a hard stereotype to pin down – sure we have loud mouthed blow hards (our image in many other countries), but have just as many quiet, vegan, yoga teachers.

Robinson does a great job of using the family metaphor to illustrate what is happening to us. She draws parallels to an abusive father that no longer protects his family, but hurts and manipulates them regularly to reinforce his own power. (you really should read her piece)

Like in a domestic violence situation, we have to break this cycle of authoritarian bullying. We can’t just walk away, we have to become aware and take action; we have to confront our bullies. Even small conversations that seem to go nowhere might start a thought process that eventually bears fruit. I’ll let Robinson close here with a few suggestions on how we can get our family back on track.

We can decide that we’re going to stay sane in the face of the craziness — and stand with anybody, regardless of their politics, who is also acting in good faith to stand against the bullies.

We can work to create a consensus vision of the next America we want to become, and form trusting relationships with others to make that happen.

We can refuse to reward bullying behavior with success. (Or, for that matter, with any more attention than it takes to get the bullies out of the room.)

We can stand up before each other and the world and say: “Those people do not speak for us, and their squalid, angry vision is not our vision. We are a better nation than that.”

And we can, simply, continue to come together and govern. Because the specter of citizens civilly and peacefully exercising power is, above everything else, the one thing they fear the most, the biggest threat to the radical anti-democracy agenda.

We’re all at least a little Bi 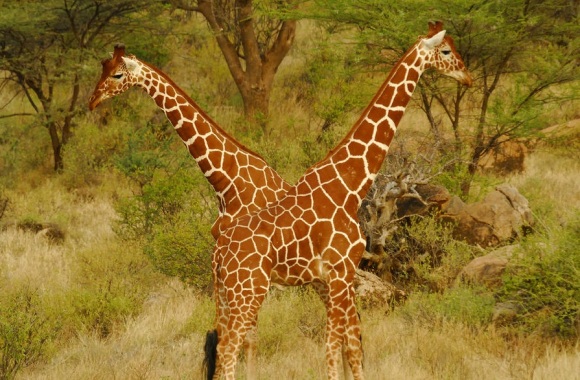 Labels are problematic, sometimes they do more harm than good. The fact is that we begin our labeling as babies as we sort our world into categories. As language is introduced, literal labels get attached along with our new experiences and sounds. We can’t help but organize and categorize everything that falls into our realm. Trying to talk about our social, fiscal, and political culture can be tricky because there are so many aspects and none of them neatly organized. This is how we’ve come up with the political labels of “progressive” or “conservative”.

They are totally inadequate. END_OF_DOCUMENT_TOKEN_TO_BE_REPLACED